Our week of learning - 4th October - travelling around the world 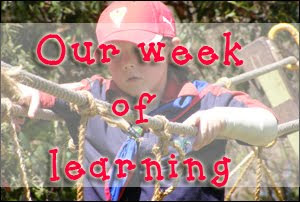 It was the last week of term this week - we did a lot but still had plenty of time to kick back and relax.

Maths: He spent some time on the Mathletics site and received his weekly certificate. He has 8 more sections to complete before he goes onto the next level. BTW I don't make him do it - he just does some when he wants to.

Science & Technology: I mentor a homeschooled teen in web programming, and this week while I was tutoring her, her mum did some science experiments with Billy! They made an acid-base indicator using red cabbage. I'm not sure exactly what things they tested, but I'm pretty sure bi-carb and vinegar featured in there somewhere. 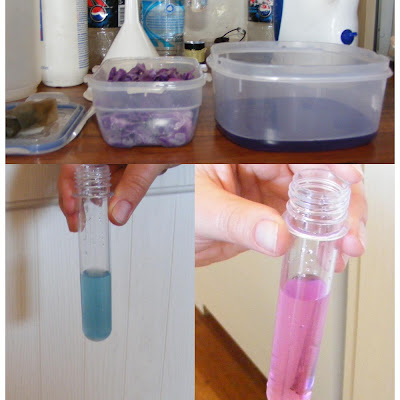 We also had a discussion of how the earth and moon rotated to make night & day and the seasons, and looked at several animations.

He spent some time investigating the BBC ScienceClips website.

HSIE (Human Society and it's environment): We started learning about Captain Cook by reading "You wouldn't want to travel with Captain Cook!"

"You are a 16-year-old boy in the 18th Century. Your well-to-do parents have convinced your cousin, James Cook, to take you on his ship as a cabin boy. Cooks mission is to plot the course of the planet Venus in the skies of Tahiti. He's also looking for a new continent. It sounds pretty exciting, doesn't it? You will spend three years living on this ship. You will eat biscuits filled with worms, watch 41 of your shipmates die of disease and be attacked by islanders. By the end of this voyage you may have decided that, given the opportunity again, You Wouldn't Want to Travel With Captain Cook!"

He played some of a Magic Schoolbus Dinosaurs PC game.

He completed (twice!) a PC game called Pink Panther's Passport to Peril - a problem solving game where he had to visit and find clues in England, Bhutan, India, China, Egypt and Australia. It taught bits and pieces about each of the cultures as part of the game.

Creative & Practical Arts: His last drama class of the term.

We visited the Maitland art gallery today at Billy's request to go on a tour with exhibiting sculptor Jon Pryer. Jon explained to us the motivation behind his work, how he made it etc. It was quite cool.

Jon Pryer also mentioned another sculptor that had inspired him - Theo Jansen - who makes the most amazing walking sculptures. We had to come home and look him up - check out the videos - they are amazing!

Life skills (cooking, gardening, housekeeping): He helped with tidying and helped me make some muffins. He also cooked 2 minute noodles by himself for the first time - in fact last Sunday night when it was just the two of us home, he banished me from the kitchen and prepared dinner for us all by himself! Leftover corned meat, noodles, lettuce and pineapple - oh, and a walnut?! All beautifully presented! At least I know he will never starve now he can master noodles! 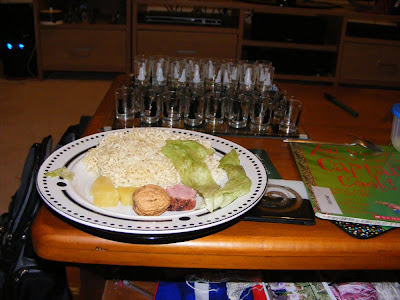 School shows: None showing due to school holidays.

Other fun stuff: He built a cubby house with blankets and chairs and we sat in there for a picnic one afternoon. He was busy playing with magnetix, lego creator on the pc, computer games, and imaginative play with his toys. He played with friends.

His Joey's group went to the movies on Thursday night to see Up! (I tagged along too). What a lovely movie. It was Billy's first movie experience - poor 'deprived' boy has been to a dozen or so live plays in his 7 years, but never to a movie before!

Sounds like another fun filled week. Love the dinner he made you :-). So sweet.

What a great sounding week :D My guys are super into learning to cook as well, but I've not let Frodo try noodles on his own yet. Maybe I should see if he'd like to give it a go sometime!

Thanks for the link to the Earth/Moon rotation. That looks really neat. I'm going to show the kids when they get up this morning.