I meant to add this to the post yesterday.  To clear up any confusion, you're allowed 1 hr each day on the internet.

Excluded from that hour is anything work related - so for me, I'm excluding time spent on the internet for my web design work, survey sites (I do some online surveys for extra income), and ebay sales.  All of which produce some income for me.  I just have to make sure I don't cheat!

I'm still to clarify whether writing blog posts offline counts towards the time :)

Given that I can quite easily spend several hours each day on Facebook and forums I'm on, it's certainly going to be tough.  I'm already seeing which sites / threads I value most and which are just habit.  I know I can do it - I spend less time than one hour checking my email etc while I'm away because I'm paying for the data!  Some days I don't even check it while I'm on holidays.

It really is just habit.  I need a break - I get on the computer.  It will be about finding other things to do instead of mindlessly jumping on here.  It will mean having a plan when I do get on, not mindlessly surfing.

I'm seriously considering joining in Offline October.  It's been started by 2 writer friends as a way of gaining back time wasted on the internet, a way to reclaim your creativity and time.

It's not just for writers - "It’s for anyone who believes the internet is dominating too much of their time and they’d like to either have a break or get it under control."

I've been trying to cut down on the internet lately - and have been achieving a lot more - and have been 'in training' this week seeing how I'd go with only 1 hr internet / day.  It's tough.  It requires the breaking of a lot of habits. I tend to use the computer as a bit of a decompressor, a way to relax.

I really think I need to do this. Check it out and see if you'd also like to join in.
Posted by Kez at 9:09 pm 1 comment:

As most people were checking out of their hotel rooms on the Sunday morning, there was no official walking party to the beach.  So I went on my own and had a lovely time picking up shells, taking photos etc. 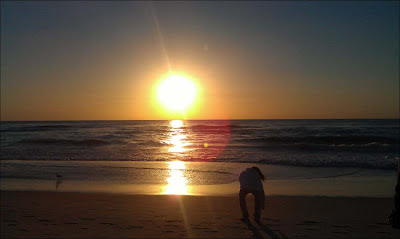 Sunday started bright and early with the announcement of the Group Grants award (our face-to-face writer's group was lucky enough to be awarded a grant to go towards paying for a workshop on self-publishing later in the year).

We then heard from Harlequin Australia and had a lively panel session - 'Speed-dating with Aussie Publisher's where publishers and agents from Harper Collins/ Avon, Curtis Brown Australia, Momentum, Harlequin and Simon & Schuster tried to 'sell' themselves as to why they would be good to submit to.

After morning tea, we broke into our first session of the day.  I had 'The Joys and Challenges of Romatic Attraction' by couples therapist Dr John Barletta.  It was quite an amusing talk, with lots of good information.

After lunch, I attended 'Why TV can be a writer's best friend' with Amanda Ashby and Sara Hantz.  Boy, these ladies watch some TV - I don't know how they ever find time to write!  (Actually I think it was Amanda who admitted she writes in the ad breaks!!)


That was followed by 'The hidden strength of secondary characters' with Erin Grace.


We finished up with another speed-dating session - this time with Alex Adsett, Random House and Penguin.

The next conference was launched in spectacular fashion - now everyone is looking forward to Fremantle in 2013!

So that was it.  An exhausting yet motivational and knowledge-filled 3 days.  3 days of lots and lots of chatting, hugging, the occasional squeal and eating!

See you all next year!

Saturday morning saw the official start of the conference. The approx 350 delegates gathered for the welcome, and the First Sales presentation.  This is where all of the delegates who have made their first sale since their last conference get presented with their blue First Sale ribbon.  This year we had over 30 new published authors - I'm so happy for them all, especially my friends who received theirs.  One day I'll be up there!!! 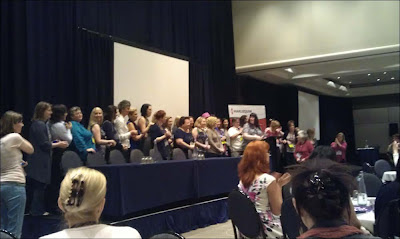 Eloisa James gave an emotional keynote address and I don't think there were many dry eyes in the house!  This was followed by a presentation by Joanne Grant from Harlequin, and a panel discussion 'Beyond the Big Six' discussing the smaller publishers and self-publishing.

After morning tea (the food was all very yummy!), we split up and headed off to our chosen breakout sessions.

First up I had "Relentless Conflict - You owe it to your characters" with Helene Young.  We discussed the GMC (goal, motivation and conflict) of the characters in Avatar.  I haven't actually seen the movie so was a bit lost at times but still got a lot out of it.

After lunch, I had "Engaging your reader" with Anne Gracie.  Notes from that session:


I then attended the "Love in the face of danger - Romantic Suspense Panel".  I don't write romantic suspense at this stage, but I do enjoy reading it.


After afternoon tea (more food!), we reconvened for a panel discussion "New York, New Directions" and had our Annual General Meeting.

Saturday night was the Awards Dinner.  The meal was delicious, everyone was glammed up, and we had a lovely night.  Congrats to everyone who received an award (once again, especially to my RWA friends!) 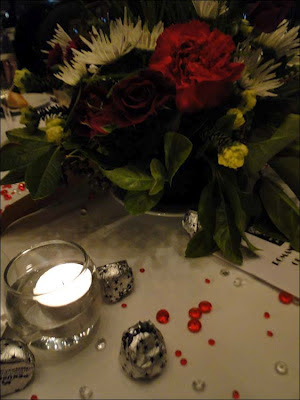 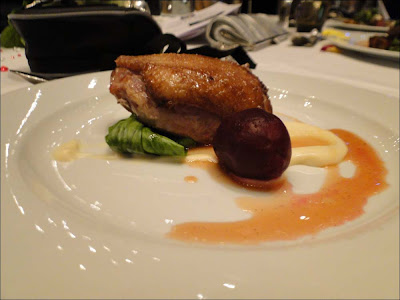 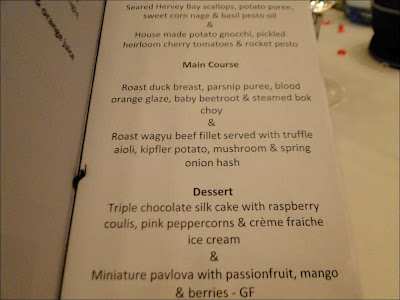 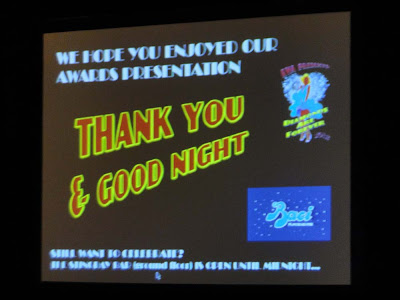 We were away for almost 2 weeks during August, but still managed to pack in lots of learning. 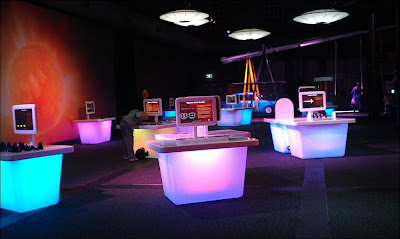 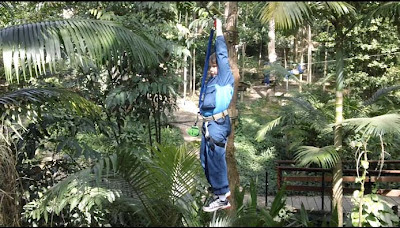 As well as the usual: