Term 3 has drawn to a close.  Its never a favourite term of mine; I always feel like we hibernate and don't achieve much.  So its a surprise to tally things up and look at what learning has been going on.

He also learnt more about codes and encoded & decoded messages.

Reading both for pleasure and towards the Premier's Reading Challenge.

He's been writing stories as the plots for his computer games.

He memorised a poem ("Extra, extra" by Colin McNaughton) for his drama performance.

Creating video tutorials of how to use Minecraft and RPG Game Maker, trailers and vlogs.

Creating games using RPG Game Maker, and setting up Minecraft servers and talking other kids through doing the same, and creating custom maps and worlds in Minecraft. 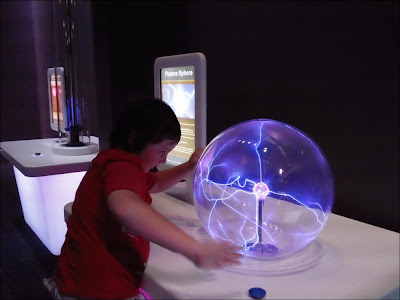 Seeing how engines worked at the Spotswood Pumping station and the Maitland Steamsheds.

Watching the development of tadpoles in our pond.

Learning some basic animation techniques using Adobe Flash and made a banner ad for his website.


Watching the kid's current affairs show Behind the News, as well as "For the Juniors".

Visit to the Goat Soap Lady.

Listened to the book "My Place" by Sally Morgan about the discovery of her Aborginal heritage.

Weekly drama class - his class performed a series of poems in a public concert.

We had a trip to the Maitland Art Gallery.

Archery - our end of term activity this term was archery bowling.

Martial Arts- he graded up to Orange Belt black tip at his recent grading.

Visited the Sports Museum in Melbourne.

Now that AFL has finished, he's been encouraged to participate in daily exercise or movement - eg kicking the ball around outside, playing Wii Fit.  We've also had discussions about nutrition and healthy lifestyles.

Learning basic first aid and discussions about the importance of hygiene in disease prevention. 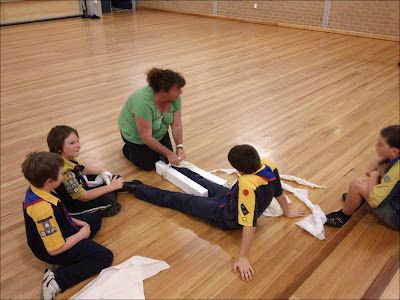 Took part in a fundraiser day for Ugandan orphans. 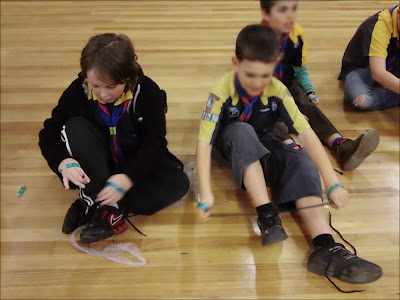 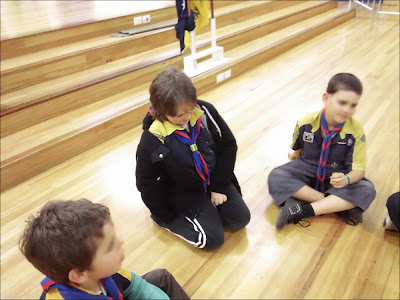 Was involved in packing shoeboxes to send to underprivileged countries as part of Operation Christmas Child. 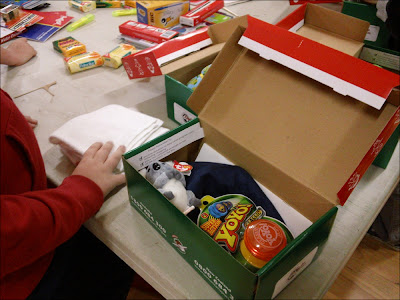 Doorknocked to raise money for the Heart Foundation.

About 30 mins away from us is the little town of Clarencetown.  Its not really somewhere we've been to much, but we headed off there today when one of the homeschool mums organised an excursion.

After meeting in a carpark, we headed off to visit The Goat Soap Lady.

After that, we headed back down to a park on the Williams River for an enjoyable few hours...


We were planning on heading out for a bush walk after the picnic, but it was a warm day, and everyone was far too content doing what they were doing.  There's always next time!

We haven't been to our local art gallery for a while, so we were overdue for a visit.  We popped in for a quick look around this morning on our way to archery.

Among the exhibitions to catch our eye were:

In August 2007, our local museum in Newcastle closed its doors in preparation of moving to a new site.  It was sorely missed by us - being free, and having a great hands-on science section was a godsend!  Four long years later, it finally reopened last month.

We called in there today to have a look around.  When we weren't innundated with school groups, it was quite good!  The main attraction was the Supanova hands-on Science section, but there were also sections showing things related to Newcastle's past.

Another year of AFL is over for Billy and his club.  The club did quite well this year - they've only been going for 5 years and the Under-12s made it to the Grand Final.

Yesterday was the club's Presentation Day - a final chance to get together, play footy, have fun and eat :)  Thanks to all the coaches and volunteers who did such a great job all season.

Today I had my much anticipated defendo grading - time to finally try to get off that horrible white belt :)

The grading lasted a bit over an hour and was quite full on.  We were moving for pretty much that whole hour - we were instructed to be jogging on the spot while we were waiting.  We had to demonstrate our rolls (not my strong point lol), falls, kicks, punches, checks & blocks, a couple of routines / patterns / kata, and basic escape techniques (ie from grabs like bear hugs, head locks etc).  We had light contact sparring, ground fighting, and heaps of push ups and sit ups.

And we did it!  I graded up to yellow belt!  Sensei even said I went better than he expected - I'm not sure if that meant he had really low expectations though :)

I'm sore and bruised, but very proud of myself! 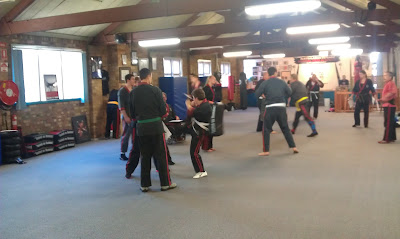 In the one in the white shoes towards the front. 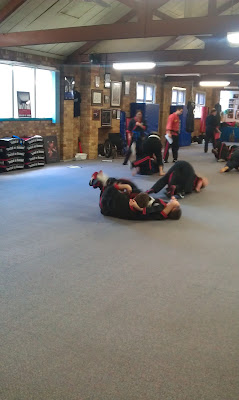 This is me getting my face gouged :) 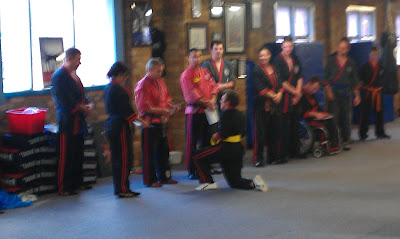 Getting presented with my yellow belt!
Posted by Kez at 10:00 pm 1 comment:

Today was the final week of an eight-week photography course Billy has been doing.  A local photography studio has been running the course for the homeschoolers - one class for primary school students and one for high school age.  They've been nice small classes of about 8 kids.

As well as learning to use their cameras properly and take better photos, they've also been taught some photoshop editing techniques.  Most weeks were in the studio, but they also took a field trip to a local park area and a trip to a photography exhibition.

Here are some of the photos that have appeared on my camera while he's been doing the course! 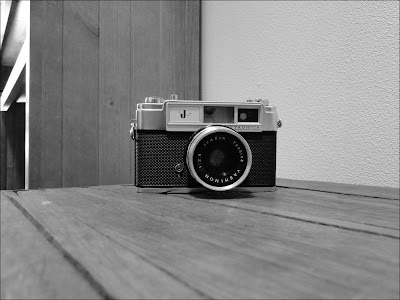 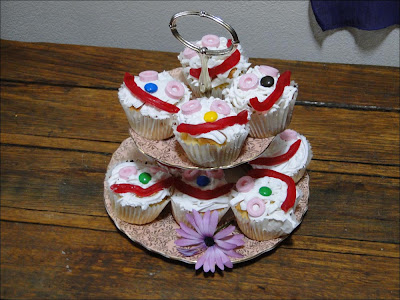 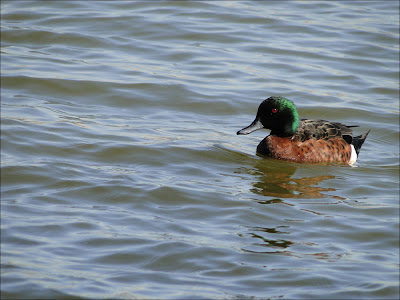 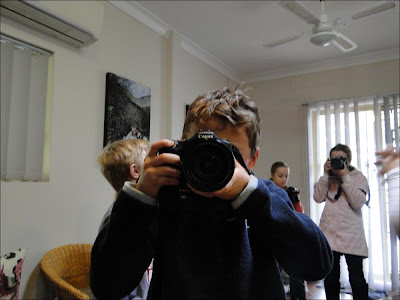 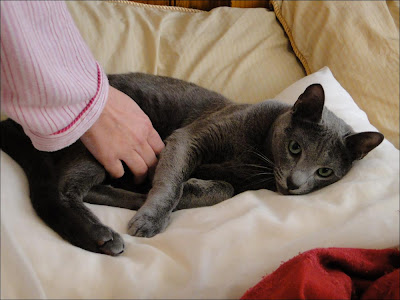 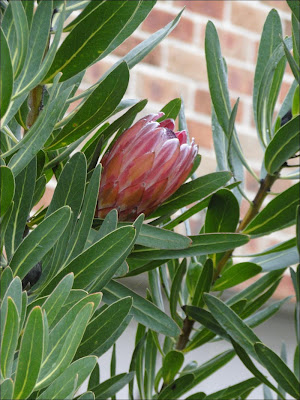 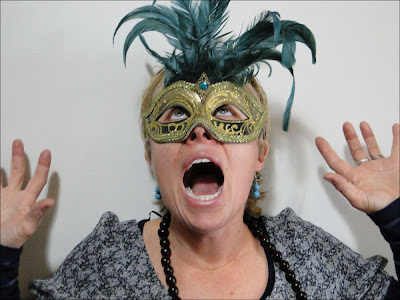 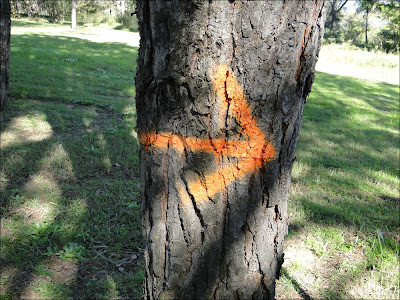 Billy's been on a few excursions to engineering type places this term.

He visited the Spotswood Pumping Station while we were in Melbourne.  The Spotswood Pumping Station was built in the late nineteenth century as a key component of Melbourne's first centralised sewerage system. Today it is one of Australia's most important industrial heritage sites. The buildings and their contents were classified by the National Trust of Australia in 1981 and are listed on both the Victorian and National Heritage Registers. 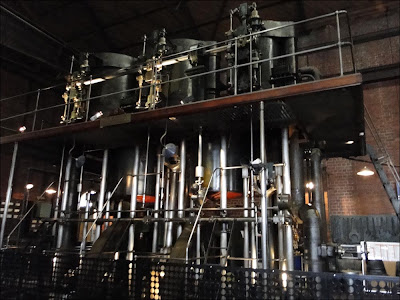 The pumping station is part of Scienceworks - a hands-on, interactive, Science museum.  Exhibits included optical illusions, the science behind familiar things in the house, viewing the Westgate Bridge and the science of sport.

His cub group also visited the Maitland Steam and Antique Machinery Association's workshop.  They were shown how one of the steam engines worked and got to explore some of the other machinery. 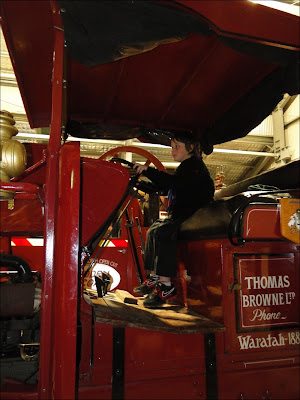 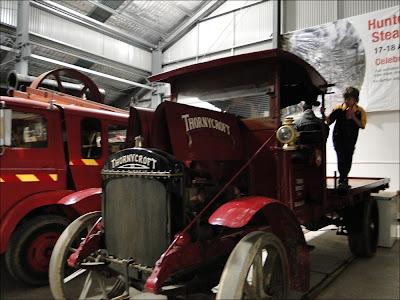 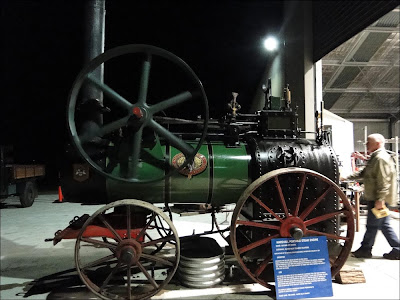 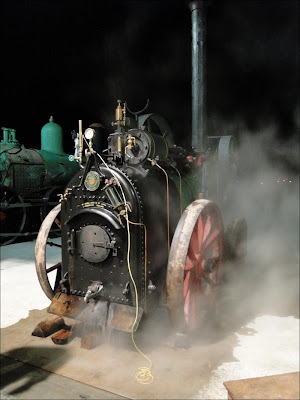 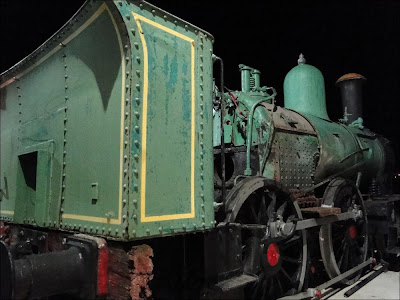 They've also learnt about pulleys, levers and electrical circuits with the same dad who organised the steam shed trip. 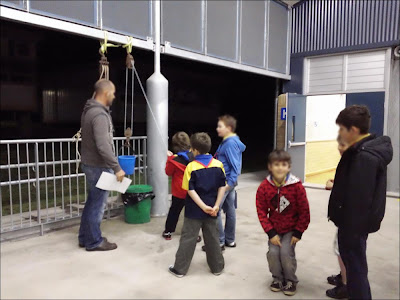 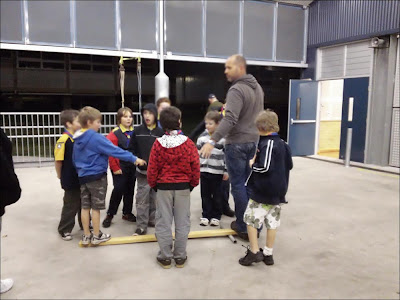 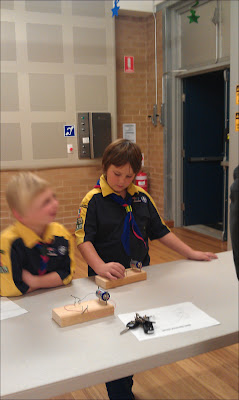 Billy had his party yesterday.  We had wonderful weather, heaps of food, and great fun.
There was cake (it's a Minecraft building block for the uninitiated..)  I hope my niece got a photo of him blowing out his candle, because I was busy organising it! 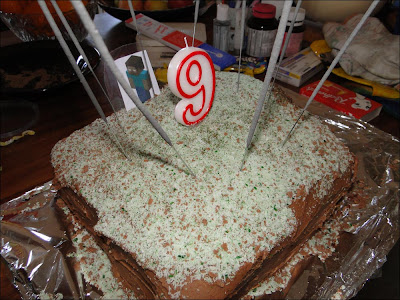 There were presents..  At my suggestion, most people bought him gift cards to his favourite computer game shop so he is eagerly anticipating a visit there in the near future! 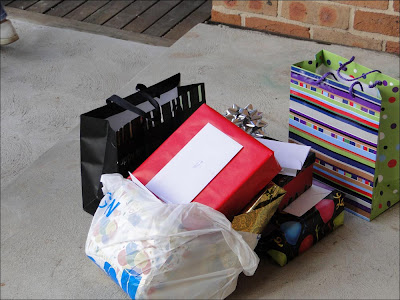 There were simple games like tips, hide-and-seek, a treasure hunt and a water fight.  (Sorry to all the parents who took home soggy kids lol). 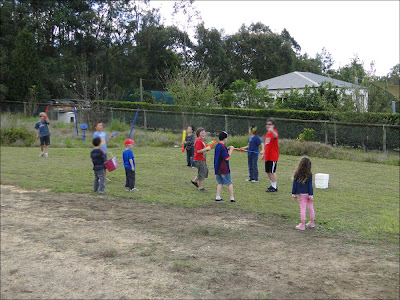 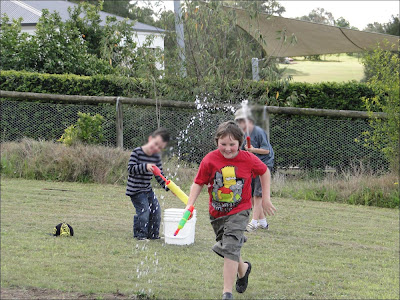 And there was the chocolate game*.  Many of the kids had gone home by this stage - which just meant more chocolate for those that were left :)  This was the point that my 18 yo niece suddenly decided she wasn't too old for party games! 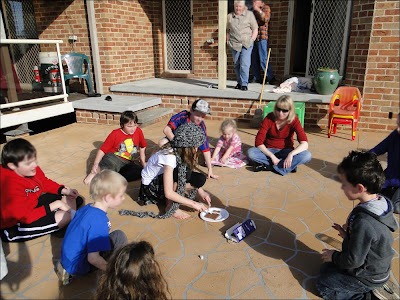 * The chocolate game - each person rolls a die going around the circle.  Once someone rolls a six, they rush in to the middle, put on the hat & scarf, and using the knife and fork, cut a piece off a block of chocolate.  We used plastic cutlery just to make it harder!  They can eat that piece once they cut it off.  They continue cutting until the next person rolls a six at which time they surrender their spot in the middle.  Its hilarious when consecutive people roll sixes and they don't even get time to get dressed, let alone get some chocolate.  Hint - have extra chocolate for the little ones that miss out!!
It was exhausting but he had a great day so that's why we do it!
Posted by Kez at 5:58 pm 4 comments: