Billy's been getting the CSIRO's magazine, Scientriffic, for a bit over 12 months. Each holidays they list the science workshops available around the state - but kids have to be at least 7 years of age for our local ones. So he was pretty stoked to realise that *finally* he was old enough to go on one!

The workshops were held on Tuesday and Wednesday at one of the Newcastle high schools - two full days of science fun!

Over the 2 days, they got to do the following:

* Look at various things under the microscope, 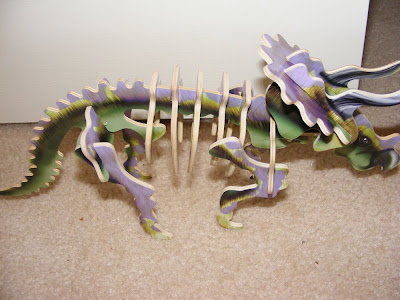 * Work out their name using DNA code and make a keyring spelling it out. 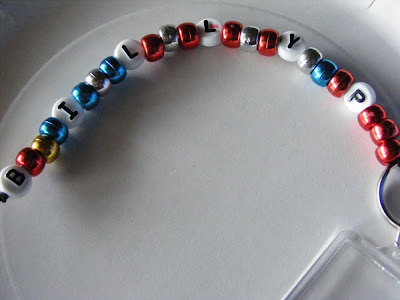 There may have been other stuff too - it tended to get a bit mixed up in the telling! They had worksheets on radiation, but I think they only talked about it because there were so many kids. I know they were going to make rockets as well but it was too windy.

There was also lots of running around, playing tips, riding their scooters and socialising.

He had an absolute ball and thinks he's so clever because they were doing Yr 11 science with the DNA! It did leave him pretty exhausted (and his cousin's b'day party afterwards on the 2nd day was the final straw), but he absolutely loved it and wants to go again. Looks like I need to tweak the budget to include that too!
Posted by Kez at 8:16 pm

Those projects sound so much fun! We have csiro workshops here as well, but I've been holding out for the ones in Ipswich to start up so I don't have to drive an hour! Sounds like it would definitely be worth it for my 7yo after your glowing review :D

What a great workshop! I always find such interesting websites on your blog. Have you blogged about the homescan you mentioned in a later post?? I'll keep reading down.