Our week of Learning - 15th Feb 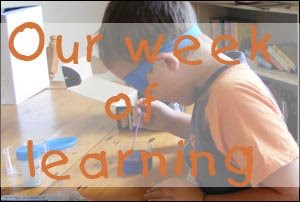 English: He practised the letter 'd' in handwriting, and did some find-a-words & crosswords with a "show" theme, as he was off to the regional show with his grandparents later in the week.

Science & Technology: He used the camera, Windows Movie Maker & his lego pieces to make a movie called 'Fire'. I'll post a link when it gets uploaded to the kid's video site we use. He's also been using a couple of different card-making programs to make cards for people.

HSIE (Human Society and it's environment): It turns out that the episode of 'Walking with Cavemen' that they showed on TV as episode 1 was actually episode 2!! So this week we watched episode 1!

Creative & Practical Arts: Drama class. He made chocolates for Valentine's Day for his cousins and grandparents. 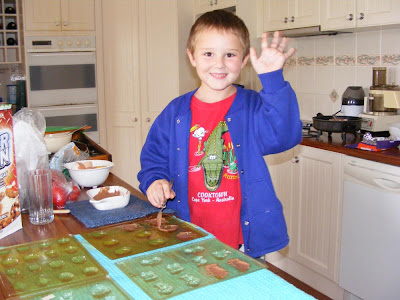 PDHPE (Personal Development, Health & Physical Education): Circus class again - he seemed a lot more settled this week, and spent more time on individual equipment rather than flitting between everything.

Life skills (cooking, gardening): Nothing major this week.
Posted by Kez at 4:43 pm