Posting has been sporadic this month (to say the least!)

So what have we been up to in the last couple of weeks..

Billy finished Joeys with a pool party and drama with a class performance of a play they'd been working on. 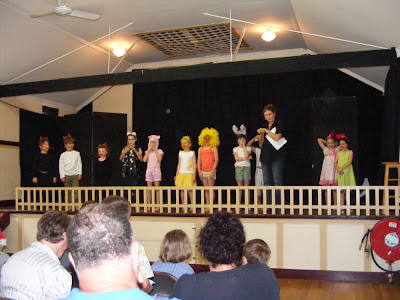 We've visited with friends who have finally finished school, and did our first official Waterwatch testing of the local river with other friends. 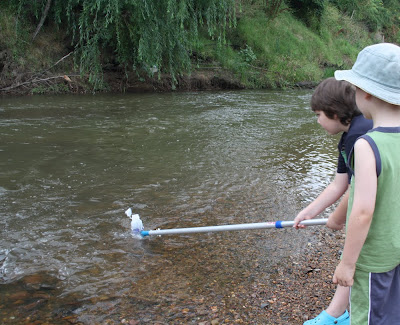 Billy & I went along with his young cousins to see the Wiggles - fantastic show, but Mr "I'm too old for this at 7!" wasn't as impressed as me :) I think that will be our last year of seeing them :( (Maybe I can borrow a small child and go along??!)

Pete's had some time off work (in lieu of overtime for a huge amount of extra work he's done finishing a project). He's been busy with my dad building some fantastic bookcases and desks to go along one wall of our office. 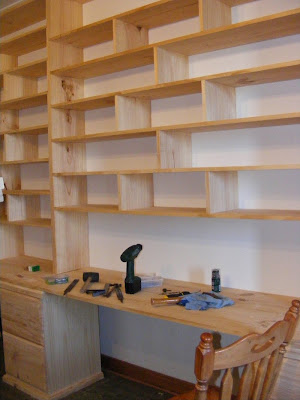 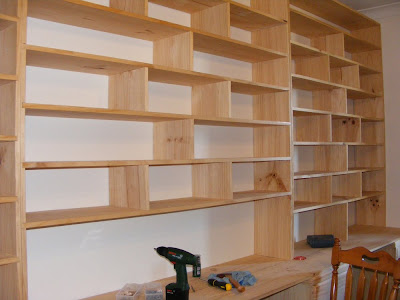 I've been busy getting paid work finished off so I could close for the Xmas break. I didn't quite get done all I wanted to by my closing date, but will try to get it finished off on Monday.

There's been a lot of soul searching and decision making going on as we've been tossing around a fairly major life change. It's involved lots of meetings with other people, phone calls and families conferences, but a decision has now been made. Hopefully in the new year I'll be able to say what it is - stay tuned :) (I hope that's suitably cryptic lol)

I blogged before about how the washing machine died, and then the sewage pump a couple of days later. The pump man came and installed a new one - all was sweet (except the bank account) for almost a week - and then the same thing happened again yesterday. They seem to think now the problem is further along the line than the pump - they're sending an excavator out on Tuesday afternoon to dig up the mains pipe and see if they can find the problem there. At the moment I am sticking my head in the sand and not even thinking about how much that will cost...

We've had a couple of Xmas parties already. Tomorrow we head down to Sydney to do Xmas lunch with Pete's side of the family, and possibly go to our street Xmas party in the evening (depending how we feel).

So is that a good enough list of excuses for why I haven't been blogging??!
Posted by Kez at 1:39 pm

You have certainly been busy! I can't wait to find out what the major decision is :) The suspense is thick! Have a lovely holiday okay? Hugs to P and B too!

Good Luck with the repair and your travel into the new year.

I'll keep my guesses to myself about the big decision! Can't wait to see if any of them are right though!

Those shelves are inspiring ... bet it'll be fun to start using them. Hope our woodwork projects, though much smaller, go as well (I'll put up some photos later in the week).

I have serious bookshelf envy Kez- they look wonderful.